Understanding the Universe through the exploration of frontiers on Earth and in space is a major scientific endeavour that involves tackling some of the major outstanding scientific questions of our time. In parallel, developing the technology required for space exploration represents one of the most challenging engineering opportunities of our time and is an economic and innovation driver for advanced technologies. At the same time, there are increasing commonalities in the techniques and technologies being applied to the exploration of remote and/or extreme locations on Earth, such as Arctic Canada, and deep underground mines, and the exploration of Space. Space also provides a unique way to attract the brightest young minds to Science, Technology, Engineering, and Math (STEM) fields and engage them in research.

The Institute for Earth and Space Exploration, in partnership with various departments and faculties, focuses on problem-based interdisciplinary research and training in Earth and space exploration and STEM outreach and public engagement.

One of the most iconic images ever taken is the famous "Blue Marble" photograph taken on December 7th 1972, as the Apollo 17 crew left Earth’s orbit for the Moon. This image was the first to capture a full view of the Earth and inspired the whole concept of environmental protection in the 1970s. It provides a constant reminder of the inexorable links between Space Exploration and Earth Observation, Monitoring, and Protection.

Research conducted in the Earth Observation, Monitoring, and Protection theme takes a multifaceted and interdisciplinary approach to using satellites and ground-based systems to study the atmospheric divide between the Earth’s atmosphere and “space”. These same systems are also used to monitor hazards associated with space debris and the impact of extraterrestrial objects on Earth. Data from Earth-observation satellites are used to monitor and protect our environment, map remote regions of the world (e.g., Arctic Canada), and to explore for, and manage existing, natural resources in a sustainable way. This theme contains three main subthemes: 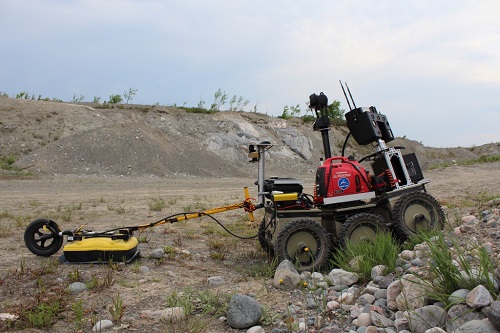 It is widely recognized that Space is an innovation driver and that participation in international space projects demonstrates Canada’s position as a sophisticated research and innovation leader, with a global advantage in several niche technology areas, including robotics. At the same time, there are increasing commonalities in the techniques and technologies being used in the exploration of Space to and the exploration of remote and/or extreme locations on Earth, such as northern regions of Canada and deep underground mines. These technological advances involve the increasing use of robotics, autonomous data capture, and real-time analysis. Research conducted in the Exploration Technologies theme focuses on the following subthemes:

Michael Naish - mnaish@uwo.ca
Research Interests: Application of mechatronic principles to the design and development of systems and devices. 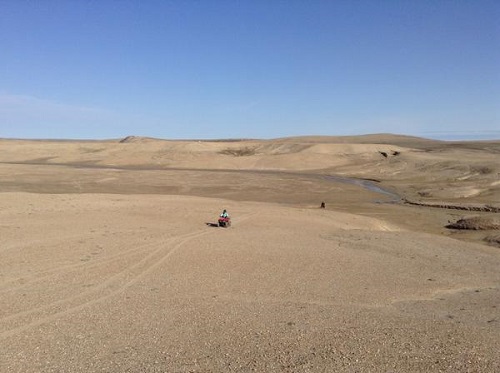 The surface and atmosphere of Solar System objects are shaped by numerous processes, both endogenous (e.g., volcanism) and exogenous (e.g., meteorite impact). The discovery of planets outside our Solar System (exoplanets) extends this quest to understand planetary processes to even more distant worlds. Knowledge of the origin and dynamics of planetary systems and the processes that subsequently shape their interior, surface, and atmospheres provides important constraints for understanding the origin of life on Earth and the prospect of finding life elsewhere in the Universe.

Analysis of planetary materials (meteorites, Apollo samples, etc.) and materials from planetary analogue environments on Earth (e.g., impact craters, hot and cold springs) in the laboratory is critical for developing a more detailed and quantitative understanding of Solar System history and chronology. This forms a cornerstone of astrobiology through the study of extremophiles and the identification of biosignatures that informs planetary exploring missions looking for signs of past or present life elsewhere.

Research in the Planetary Processes and Materials theme focuses on:

Neil Banerjee - neil.banerjee@uwo.ca
Reasearch Interests:Evidence for early life on Earth; Formation and evolution of oceanic crust; The origin and emplacement of ophiolites. 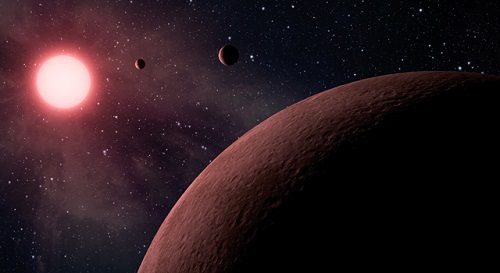 The properties of the Earth and indeed of all planets are intimately tied to those of their parent stars, and their broader neighbourhood in space. Our own Sun is one of billions of stars in the Milky Way, a galaxy that provides the wider context in which planets form and evolve. A complete understanding of planetary processes is thus dependent upon a clear knowledge of Galactic and Stellar Processes, the fifth research theme of CPSX.

The emerging opportunity for humans to explore space is now reasonable to imagine. Yet, tremendous challenges exist for long-term human experiences in space. These range from the psychological and emotional aspects of exploration and isolation, to biological and physiological challenges related to altered gravity, inactivity, radiation, stress and nutrition, and to clinical diagnostics and treatments.

Research on Space Health also has direct benefits for people on Earth. Long-term space flight health effects are similar to those cause by aging, isolation, or physical factors such as sitting for long periods of time or being inactive. Moreover, we face similar challenges in delivering healthcare on the Moon to remote locations on Earth such as the Canadian Arctic; the solutions we develop for keeping astronauts healthy and alive in space may, therefore, offer solutions to delivering health care to remote parts of Canada.

Research in Earth and space exploration could not be complete without policy and law to determine what future activities will be conducted and how the national and international legal frameworks work within the sector. What political motives drive the governments to invest in space programs? How is the global success of the space sector determined and how well does each country perform in international projects? What laws regular national space activities and how do they differ from other countries? How is outer space security assessed and who governs how outer space resources are used?

The activities of the Institute will focus on exploring 6 major Questions that are both profound and some of the most challenging of our time:

How do planets, stars and galaxies form and evolve?

How and when did life originate on Earth and are we alone in the Universe?

How can we better monitor our environment in a rapidly changing world?

How can we ensure the protection of life on Earth from terrestrial and extraterrestrial threats?

How can we facilitate the identification and sustainable extraction of resources on Earth and throughout the solar system?

How do we ensure that humans remain healthy and alive in space?

The Institute will promote and support problem- and team-based research in all these Research Themes by developing the following key Interdisciplinary Research Competencies:

Remote Science: Investigating objects and places where people can’t go, from the centre of the Earth to distant galaxies; includes observational, theoretical and numerical studies.

Contact Science: Investigating samples in situ from the Earth and other objects in the Solar System (i.e., astromaterials), including the necessary laboratory work in support of such science.

Autonomous Science: Enabling remote and contact science to be conducted autonomously on Earth and in Space.

Furthermore, the Institute will nurture and develop emerging research topics and potential commercial applications of space research at Western within the framework of Earth and Space Exploration such as asteroid mining, human health in space environments, smart agriculture, etc.